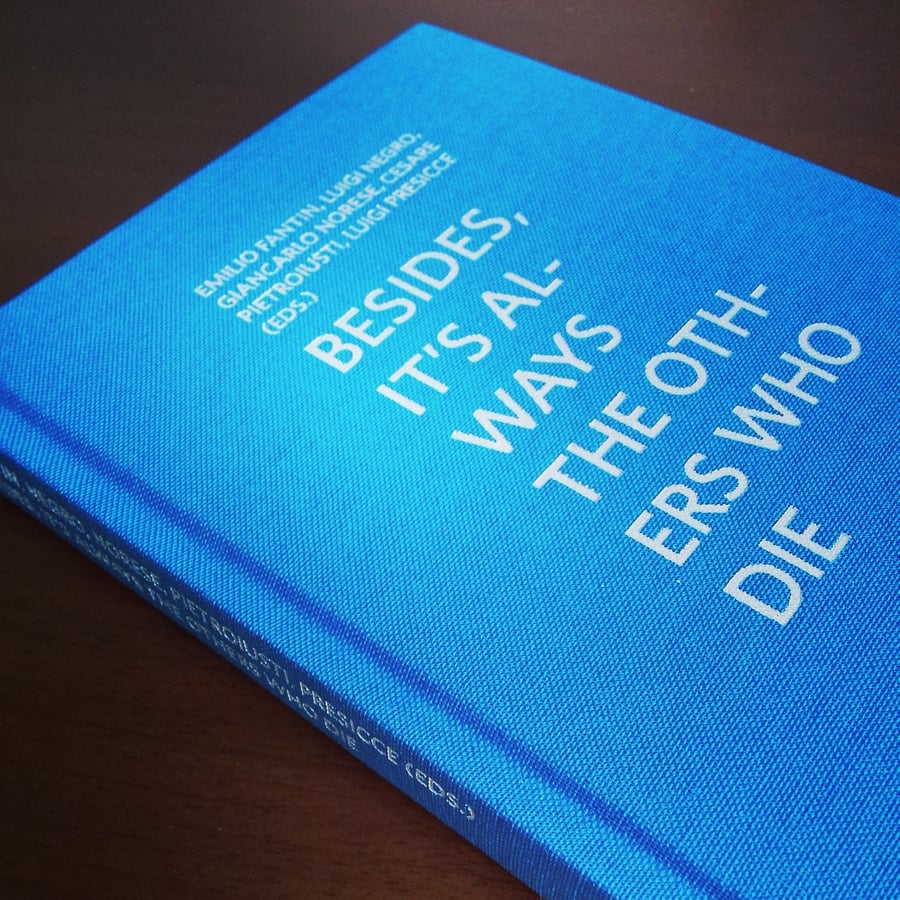 Besides, it’s always the others who die

to get a copy, please write to acertainnumberofbooks (at) gmail-dot-com

This book, whose title is the epitaph on Marcel Duchamp’s tombstone, is one of several initiatives that we have developed around the theme of death, starting from “The Celebration of the Living (who reflect upon death).”

We have proposed turning the traditional November 2nd celebration, the “Day of the Dead,” into a new holiday. For the first edition of this celebration, in 2010, we invited those who were interested to be part of a pilgrimage, probably the shortest and slowest in the world, that departed from its destination (rather than arriving at it): Lu Cafausu in San Cesario di Lecce.

Lu Cafausu is a mysterious small building, an architectural remnant that we have elected as a source of metaphors and narratives. It is “an imaginary place that really exists.” It taught us that coincidences are meaningless if taken as mere coincidences: only when you are aware of connections can you become free to open yourself to their mystery, to their truth, or, rather, to their multiple, inextricable, and fragile truths. And then, after all, as it happens, it’s always us who die.